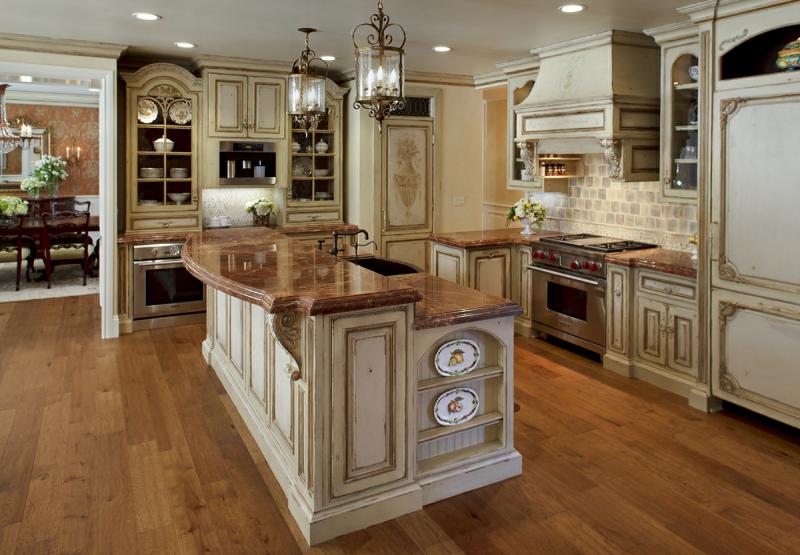 This month we’re pleased to put the spotlight on California designer Julie Mifsud www.juliemifsuddesign.com . For Julie, no design job is too small.  It’s a business philosophy that’s served her well as she’s built her expansive design business and its loyal client base, which includes some of the Bay area’s biggest personalities.

It’s also what put her in touch with us. At the time, a potential client contacted her to get her thoughts on a Wolfe Range with red knobs that he was thinking about installing in his kitchen. She drove an hour and forty-five minutes to his home to discuss the range selection. During the meeting she asked her client a lot of questions to learn more about his lifestyle, his design tastes and his hopes for the kitchen itself.   Her client lived alone but Julie soon learned that his home would quickly fill up with grandchildren, family and friends during the holidays. She also learned that the kitchen was truly the heart of this home – where everyone gathered.

“As we spoke about ideas for the kitchen beyond the range, I learned that he had always wanted a space  that captured an  Old World look and feel reminiscent of his  European grandmother’s own kitchen – aged looks, meticulous detailing, and a warm and welcoming atmosphere,” Julie explains in the Featured Designer profile on our site. “ And, he wanted a kitchen that would effectively and efficiently serve his needs when he was home  alone, but could also  easily accommodate the extended family when they came to visit.”

With its hand-finished designs, Old World influences and versatile custom cabinetry capabilities, Julie thought Habersham offered the perfect design solution.  She showed her client  Habersham’s kitchen and bath portfolio and he  agreed that Habersham had the look he wanted. Together with  her contractor, Jeff Nelms, Nelms Construction, Habersham Sales Representative Jim Solada and the Habersham custom cabinetry team, Julie began working on a project that would grow from that single range to include  a complete kitchen and bulter’s pantry redesign, guest bath cabinetry and design solutions for other rooms in the home as well.

See some of our favorite projects from across the United States. Inside, you’ll find breathtaking bedrooms, luxurious bathrooms, and kitchens that are as grand as they are warm and inviting.

Site Designed and Developed by 5by5 - A Change Agency